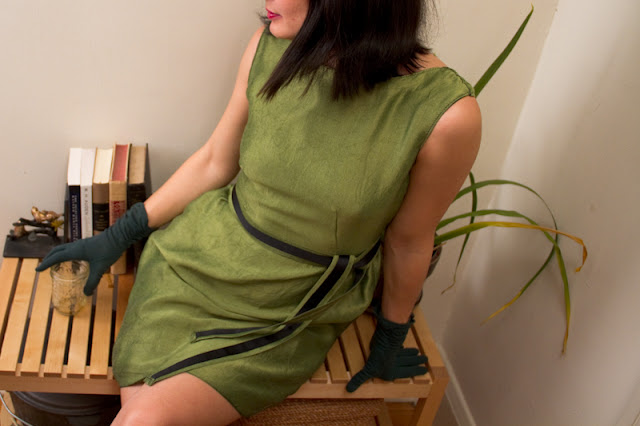 So, I had intended on making this dress for New Year's Eve. Not so much because I was planning on going to a fancy cocktail party, as I actually was going to be outside in the cold country for NYE. It was more because I got this for a pattern swap through The Sew Weekly Circle, and they had encouraged us to have our pieces done around the holidays.

Unfortunately, it didn't happen. I blame the fabric. It's green on one side and black on the other. You can't let that go to waste! 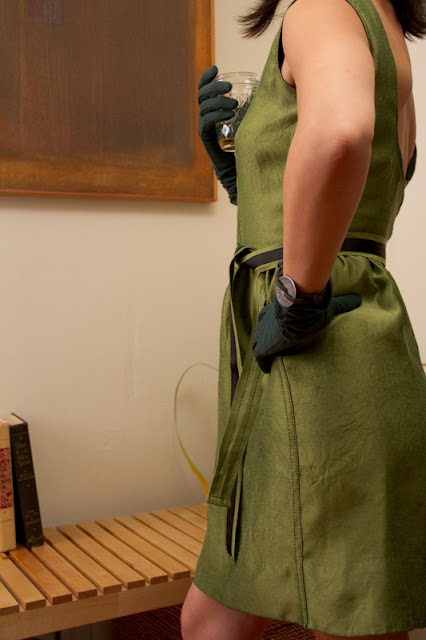 Alright, alright, mainly it didn't happen because I was me: I waited until the last minute (New Year's Eve, to be exact) and made the project more complicated than usual (reversible). Not much more complicated in this case. All the problem spots would remain problem spots (read: zipper, slippery loosely woven fabric), but making a dress reversible changes some of the planning for details. 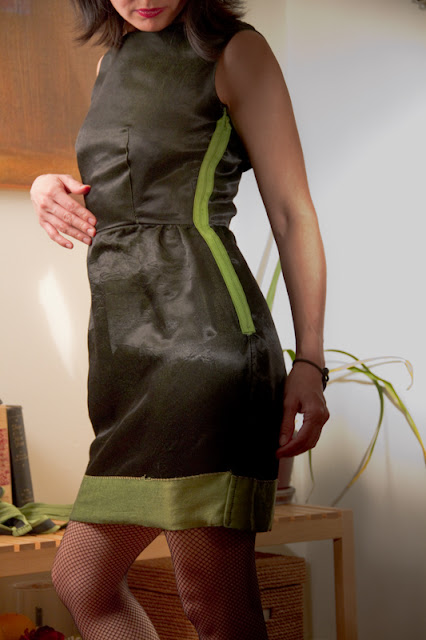 Instead of regular seams, I had to go with flat felled seams for the skirt. Instead of facing, I just did the same cut of the bodice and sewed those two together.

Matching darts was a pain on such slippery fabric, and the darts themselves are way off from the apex of my bust, but, I still think it works overall. 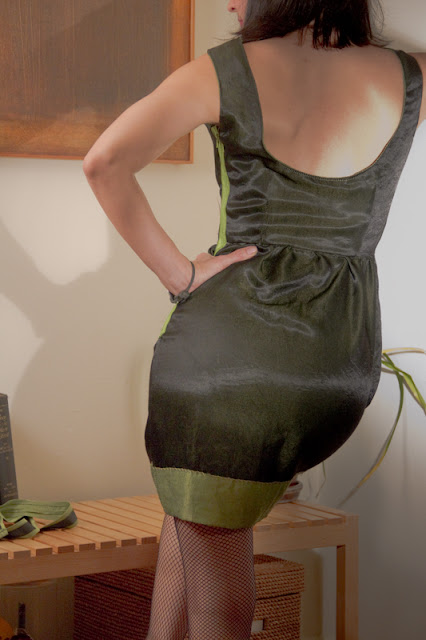 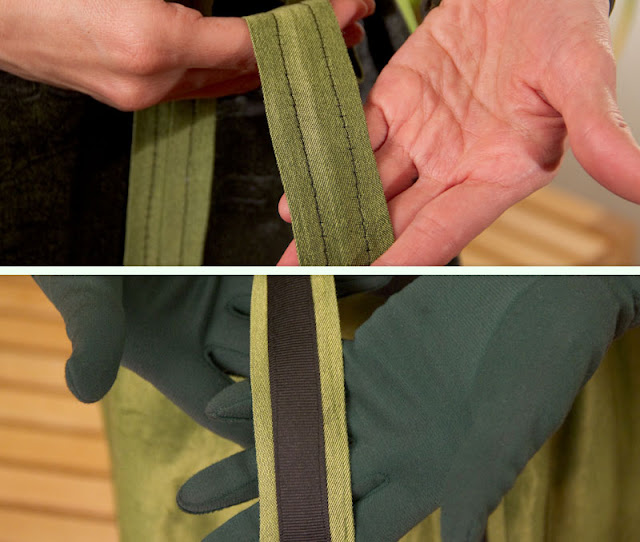 I also added a black ribbon to the dress tie, to cover the hem and any flyaway threads where I cut, and to continue that theme of color blocking. 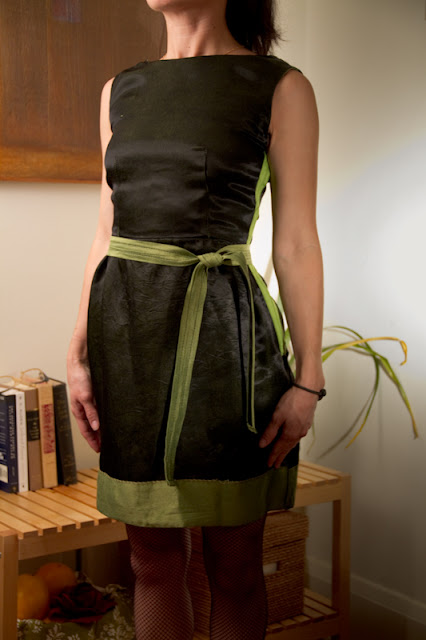 The fit was quite good! It's a little snug because I had to redo the zipper from my NYE attempt in which I already cut the fabric down and then sewed the zipper to like three layers of the dress. I ended up having to pull in some extra fabric on the side when handpicking it the second time around.

Besides the wandering darts, my main issues with the dress are the zipper (I'm getting better, but still wouldn't consider myself good) and the fact that the zipper isn't technically reversible. Fortunately, I can take my arm out and then unzip it when I'm wearing it green-side out. Most reversible zippers that are already made are for jackets, so are too big and boring for a cocktail dress.

Yay! First project of the year down, now too many to go! (I think I have three or four in mind already, some deadline driven, so you're actually likely to see them completed!) 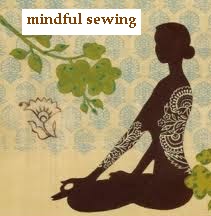 seeks
My house is a mess of projects waiting to be brought into being, and I am trying help them along. I also have special dietary restrictions these days, so much of my time has been spent exploring culinary possibilities for happy tummies and happy bodies.